, /PRNewswire/ -- Following media inquiries around recent legal actions filed by industry trade organizations and/or certain of its members, as well as a research report issued by a short seller, the company makes the following statement: 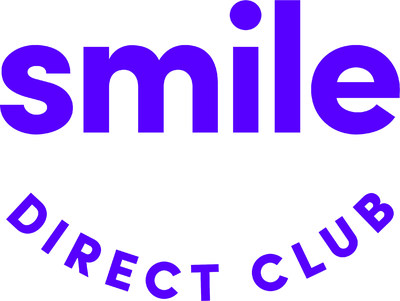 "Recently, there have been media statements by dental trade organizations and allegations in a class action lawsuit filed in federal court that purports to question the safety and legitimacy of pioneering teledentistry platform. There is no factual basis nor scientific or medical justification in these allegations to substantiate the false claims made about our model and the state-licensed doctors in our affiliated network. Backed by evidence, denies the allegations made in the class action lawsuit and by these dental trade organizations and their members, and we will vigorously defend our business model against any entity working to limit consumer choice.

These actions are viewed by as nothing more than the latest in a stream of unevidenced and misleading attempts by dental trade organizations, certain of their members and others motivated to thwart legitimate competition. Since previous complaints filed by organized dentistry with state dental boards and federal government institutions have gone nowhere, this class action lawsuit is nothing more than an apparent effort to now abuse the judicial system to promote the same falsehoods previously spread by organized dentistry, and to intentionally mislead media, shareholders and potential customers away from the safe, convenient and affordable benefits of disruptive business model.

Mimicking an earlier misinformation campaign orchestrated by a dental trade group, the class action falsely states that we do not have our 510k certification for clear aligners, and that we are under investigation by the (""). As evidenced on the website and in our public filing, manufacturing entity does have a 510K and manufactures aligners in compliance with regulations.  In fact, within weeks after  the filed a so-called Citizen Petition that first leveled these spurious charges, the declined the ADA's request to issue an injunction against (link); rather than inform its members or the media of this rejection, the ADA continued to promote this filing with its members. The plaintiffs in the class action suit do nothing more than mirror and amplify the ADA's misleading claims.

Anticompetitive campaigns directed toward have not gone unnoticed by federal authorities. Fair competition in the market is the foundation of American business, which is overseen by the ("DOJ") and the ("FTC").  Both agencies recently filed joint amicus briefs before the , . LLC. V. Battle, et al., No. 19-12227 in ;  and v Jackson, et al., Case No. 19-11502 in  federal court, in support of .

is pleased that the DOJ and FTC have together determined that an amicus brief was necessary in both of our lawsuits to stop the efforts by members of state dental boards to thwart competition from disruptive technology and to short-circuit the litigation against them for violations of antitrust laws.

Facts on and Teledentistry:

is a dental support organization ("DSO") that pioneered a teledentistry platform in 2014 to democratize access to teeth straightening solutions by enabling state-licensed dentists and orthodontists to offer remote management of clear aligner therapy at a fraction of the historical cost and without necessitating in-person office visits. Millions of consumers worldwide are now able to access that care, pending eligibility for clear aligner therapy as determined by the state-licensed doctors affiliated with . To date, more than 750,000 patients have been successfully treated through teledentistry platform.

teledentistry platform is modeled after similar telemedicine platforms; with more than 30 U.S. states having enacted laws in favor of telemedicine. Indeed, numerous states across the country have recently enacted laws prohibiting insurance companies from refusing coverage for services provided via telehealth. Some progressive states, such as , are embracing teledentistry rather than letting the financial protectionism of state dental boards dictate what is in the best interest of consumers in that state.

After careful study and review by in-house clinicians, major and well-respected health insurers including Aetna and UnitedHealthcare have brought clear aligner therapy and teledentistry platform in-network, recognizing that our model provides a safe, affordable alternative to traditional offerings, but without unnecessary radiological exposure, unsightly metal braces or over-treatment.  Mass retail pharmacies such as and CVS have also recognized the consumer benefits of the treatment offered by affiliated network of state-licensed doctors and have introduced SmileShops in their stores.

To protect our affiliated network of +240 state-licensed dentists and orthodontists against bullying, attacks and litigation, a directive that organized dentistry has openly stated it will engage in, does not publicly broadcast the contact information for our affiliated doctors. Contrary to the misinformation propagated by dental trade associations every patient receives the name of their treating doctor, who is licensed in the state in which the patient resides, prior to the beginning of treatment. That doctor oversees that patient's treatment from start to finish and is solely responsible for all aspects of that patient's clinical care. Learn more about teledentistry and requirements for affiliated network of doctors here.

A History of Untruths Promoted by Organized Dentistry

Just as teledentistry platform has benefited consumers, our disruptive technology has threatened dental trade organizations, including the ("AAO"), the ("ADA"), state dental boards and other self-interested parties who we believe have engaged in a concerted campaign to negatively impact our safe and efficient business model:

There is no scientific or medical justification to substantiate the false claims made about the safety, effectiveness or standard of doctor care using our teledentistry model and the state-licensed doctors in our affiliated network.  We will vigorously defend ourselves and our business model in order to continue to pursue our company's mission to increase access to affordable, safe and convenient teeth straightening solutions."

About
(Nasdaq: SDC) is the industry pioneer as the first direct-to-consumer medtech platform for transforming smiles. Through our cutting-edge teledentistry technology and vertically integrated model, we are revolutionizing the oral care industry. mission is to unleash the power of people's smiles to empower them to positively impact their place in the world. was founded by and in partnership with . Available in the U.S., , , and the , is headquartered in . For more information, visit SmileDirectClub.com.